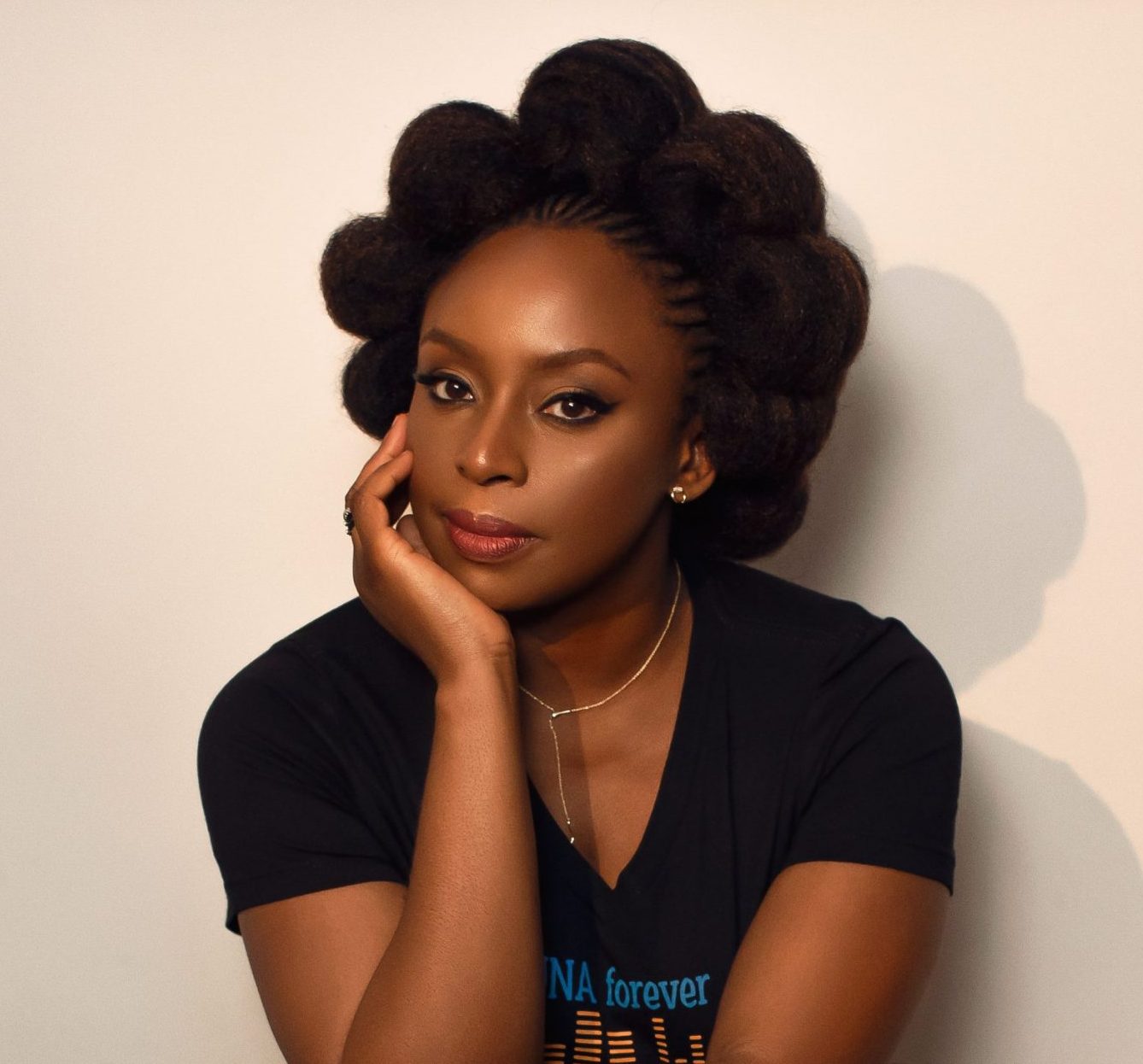 Chimamanda Ngozi Adichie was born in Enugu, Nigeria in 1977. She grew up on the
campus of the University of Nigeria, Nsukka, where her father was a Professor and her
mother was the first female Registrar. She studied medicine for a year at Nsukka and then
left for the US at the age of 19 to continue her education on a different path.

Ms. Adichie’s work has been translated into over thirty languages.

Her first novel, Purple Hibiscus (2003), won the Commonwealth Writers’ Prize, and her
second novel, Half of a Yellow Sun (2006), won the Orange Prize. Her 2013
novel Americanah won the US National Book Critics Circle Award, and was named one
of The New York Times Top Ten Best Books of 2013.

She has delivered two landmark TED talks: her 2009 TED Talk The Danger of A Single Story
and her 2012 TEDx Euston talk We Should All Be Feminists, which started a worldwide
conversation about feminism, and was published as a book in 2014.

Dear Ijeawele, or a Feminist Manifesto in Fifteen Suggestions, was published in March 2017.
Her most recent work, Notes On Grief, an essay about losing her father, has just been
published.

Ms. Adichie divides her time between the United States and Nigeria, where she leads an
annual creative writing workshop.

Ms. Adichie will give a keynote lecture at the University of Iceland on Friday September 10.